“Rhythm and harmony find their way into the inward places of the soul”.- Plato 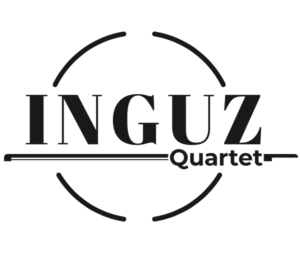 INGUZ-Quartet is a newly established European string quartet and is founded by Juliya Belyanevich in 2018 in the Netherlands. The philosophy of this ensemble is to popularise classical music of Eastern and Western Europe, to cherish Classical traditions, to focus on vibrance of music in its repertoire, on purity and magnetism of harmony and melody.

Its name INGUZ-Quartet owes to the Norwegian god “ING”, who stands for the continuity, development and growth, so the INGUZ artists aiming to broader their artistic vision in chamber jenre and to convey their love and passion for music to wide audience. In December 2018, the quartet concluded the Winter-Sounds Festival in Gorinchem with A.Dvorak Piano Quintet in a major Op.81 in collaboration with Natalia Ivashina.

INGUZ Quartet performed at the opening of the series “Kamermuziek in de Sint Janskerk” in Gouda on  April 2019 to present their spring program (with special emphasis on String quartet No.8 in C-Minor by Dmitri Shostakovich) which was received with great appreciation and emotional resonance.

Oksana Mukosii has joined INGUZ-Quartet since Summer 2019 to take over Estela Briceño Mezquita. 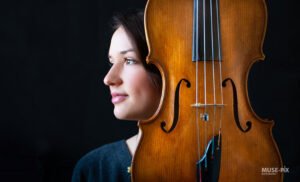 Oksana was born in 1992 in Kiev, Ukraine. Her music discovery started since she has become 6 y.o. After graduating from the Special Secondary Music School named after Lysenko in Kiev as a violinist, Oksana began studying viola at the age of 18 at the National Academy of Music of Ukraine in Kiev. In 2014 she graduated with a bachelor’s degree from the Music Academy in Kiev. Since 2015 Oksana has continued her study in The Netherlands with the famous viola player, conductor and a teacher Mikhail Zemtsov at the Royal Conservatory in The Hague. During the years she has built a special bond with Mikhail and she remain loyal to his music mastery and working with Mikhail on many projects. Oksana has given many concerts in several famous concert halls around the world and participated in various International music festivals. She played in the symphony-, chamber- and string orchestras conducted by Valery Gergiev, Lev Markiz, Mikhail Zemtsov, Jac Van Steen, Andris Vecumnieks, Petr Popelka, Dorian Keilhack, Levente Török, Gabriel Bebeselea, Igor Gruppman, Sergei Solonko, Igor Andrievsky

Currently Musicians working on a diverse program of string quartets by L.v Beethoven nº10 “Harp”, A.Borodin String quartet nº1 and Piano quintets by J.Zarebski & D.Shostakovich. These compositions are the major one of the repertoire for 2020. For piano performances INGUZ Quartet remains conservative and continue its cooperation with Natalia Ivashina .

2020 was a year of cultural struggle all over the world caused by political pandemic called CORONA 19.

INGUZ artists had adjusted to a new challenge and despite the circumstances INGUZ recorded their program: Haydn String Quartet “Sunrise”;  Beethoven String Quartet No10;  Borodin String Quartet No1. 2020 became also a year of issuing the first 2 audio Analogue albums by a recording company JBRDG – New Analogue.

The year promises to be intense and distinctive. 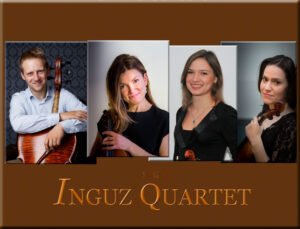 As INGUZ Artists in 2020 have taken a start of recording Albums on reel-to-reel tapes, in 2021 we continue our aspiration and planning to deliver an advance concert program of classical music. Program will include wide range of chamber compositions of Duos, Piano Trios, String Trios, Piano Quintets, Piano Quartets and certainly String quartets.

To honour Beethoven’s 250th birthday we continue working with the compositions of this genius person and working on his 15-th String Quartet.

INGUZ Artis this year will try to embrace a few Piano Trios: Beethoven’s No5, Schostakovich’s No1, Smenata’s and others

Piano concert No.1 by Beethoven

and Finally but not the least as to celebrate Dvorak’s 180th birthday anniversary, INGUZ Artists enriched the program with Piano Quintet No2.

The great deal of Piano program in 2021 will be prepared in cooperation with Kazakh pianist, Gulmira Issabekova.

Gulmira started her general and musical education at age of 5. At the age of 9 she participated and won her 1 serious piano competition. Since then she was travelling and performing a lot in Kazakhstan, Russia, Ukraine and later abroad.

After graduating the Academy of Music in Astana in 2008 she continued her
studies at the Collage by Music Academy “P.I . Tchaikovsky “, and a year later she was admitted to States Moscow Conservatory where she studied the solo piano and in 2014 graduated with honour.

2021 – a vulnerable year that turns  into the year of changes

Since the beginning of June 2021 Inguz-quartet members’s has been refreshed with a very charismatic and talented viola player, Ivan Cirkovic. 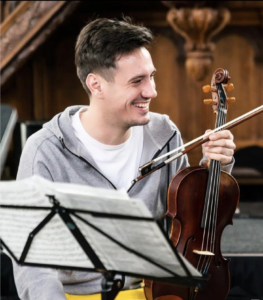 Ivan was born in 1993 in Pancevo, Serbia. He started music education at the age of nine and graduated from high school for music “Jovan Bandur” where he studied with Helena Marinc. Later he graduated from the Faculty of Music Art in Belgrade with Madlen Stokic and Ljubomir Mihailovic. In 2021, Ivan graduated from the Royal Conservatory in The Hague, where he gained his master diploma studying with Prof. Mikhail Zemtsov.
As a violinist he has attended master classes with professors Maria Milstein, Kees Koelmans, Johannes Leertouwer, Peter Brunt, Chris Duidam, Elisabeth Perry and Eeva Koskinen andAs a viola player he has attended master classes with Professors Mikhail Zemtsov, Richard Wolfe, Marjolein Dispa, Julia Dinerstein, March Sabbah, Jannifer Stumm and Mikhail Kugel.


He has given 20 solo concerts, in addition to 6 concert classes of Prof. Madlen Stokic-Vasiljevic. From 2011 he was a member of Belgrade Youth Orchestra with which he has played in major Serbian halls like Nacional Theater, Kolarac, “Sava” Centrum, Russian home. He was soloist and concertmaster of the above orchestra for a long time. Cirkovic also enjoys chamber music. He was a member of Pancevo chamber ensembles (Camerata Pancevo, Academic Orchestra “Jovan Bandur”), the leader of the string quartet “Maestoso” with which he achieved excellent results at home and abroad, and has collaborated in the Rotterdam Sinfonia Orchestra with Dutch conductors such as Peter Dijkstra, Jac van Steen and Conard van Alphen and violinist Antje Weithaas.

Music performed by the INGUZ Quartet 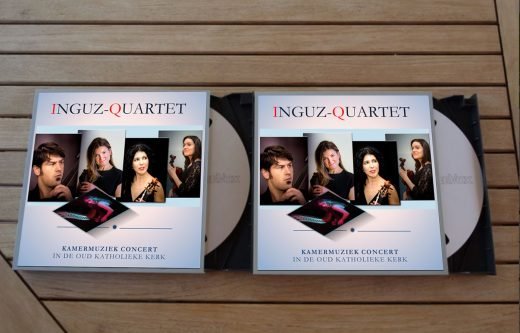 J.Haydn is the king of string quartet genre

A.Borodin – Scherzo from String quartet No.1

There are no dates yet.