The concert is cancelled due to extended lockdown!!!

The next Concert is 25th April 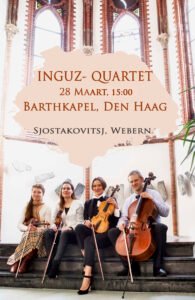 Dmitri Shostakovich composed 15 string quartets, but the Eights has been performed more frequently than all of the other fourteen together. It is the only quartet composed outside of his homeland of Russia. Composed in 1960 whilst Shostakovich was visiting the former Communist State of East Germany.

Astonishingly, this quartet only took Shostakovich three days to compose, between the 12th and 14th of July.

There has been much speculation from musicologists, listeners and critics as to what gives the eighth quartet such a sombre atmosphere throughout. One theory is that, prior to the composer’s trip to Germany, the British and Americans had bombed much of Dresden and surrounding cities and villages. Shostakovich by himself dedicated this quartet “In remembrance of the victims of fascism and war.” Another theory was that the composer had received bad news of his health, and this quartet was a burst of creativity for Shostakovich to escape reality for some time.

The quartet was premiered by the Beethoven Quartet in 1960. Shostakovich had a close affiliation with this work, and when the Borodin Quartet performed this work for the composer in his home in 1962, with the hope that he would criticise and direct them, Shostakovich instead buried his head in his hands and wept at the music. The musicians then quietly packed up and left his residence.

The composition has 5 movements:

All five movements are in a minor key, with the first and last both being chiefly in the “tragic key” of C minor. The quartet’s duration is around 20 minutes, which makes each theme compact and very focused, which creates an air of intensity throughout.

The Quartet begins with Shostakovich’s famous DSCH motif (D/Eb/C/B). This solemn opening begins quietly with the cello, then the viola, and then the violins. This creates a canonic opening on the composer’s theme that represents himself. Interestingly, every single movement in this quartet uses this personal theme.

Tonal ambiguity and uncertainty is the key mood of this composition, that composer reaches through the use of semitones, octaves and dissonances between the parts.

The music of this quartet is very powerful, the composer goes almost to the very contrasts. On one hand, laments built in dialogues between the high tones of the violins and the drone on the cello with the woody timbre of the viola. On another hand - an aggressive burst of frantic perpetual mobile.

This music has been composed with a sense of tragic human agony, and the torment that made Shostakovich compose this work could have come from many different aspects of his life. This is perhaps why the Eighth String Quartet is – and still is – a twentieth century masterpiece.

Shostakovich's String Quartet No8 on CD, available in our store. CLICK HERE 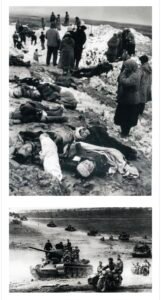 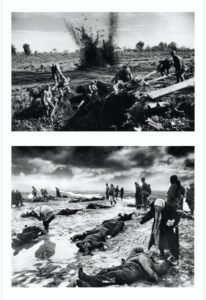 The illustration to accompany Shostakovich's String Quartet No8