A.Borodin is well-known in the East Europe continent as the one of the great Russian composers emerging in the late 19th century. Borodin was one of "TheFive", the so-called "Mighty handful', of Russian composers associated to create a distinctly Russian national art, music independent of dominant western European models.

Borodin composed two string quartets and both belong to his mature works, which are very much distinctive of the melody.

While playing the introduction (the first movement Moderato- Allegro), a very simple melody builds gradually in sequences, and it design filling that simplicity turn out to be demanding.

In the first main melody composer deliberately uses the open strings of the instruments to highlight the purity of the sound as to demonstrate the rigid but beautiful nature of Russia.

The second movement - Andante con moto, begins with a duet for 1st violin and viola. It is introspective and pensive. The middle part is placid breezy fugue that builds on a chromatic rising line.

The extraordinary third movement "Scherzo" has a triple figure motion that hands over from instrument to instrument at a breakneck speed. The trio section is based on a theme very closed to the opening.

The finale - Andante-Allegro, begins with a brief and moderato introduction. Both the 1st violin and cello have short cadenzas. The main melody of finale is quite energetic while the second is clearly related to several of the other themes which have appeared earlier. 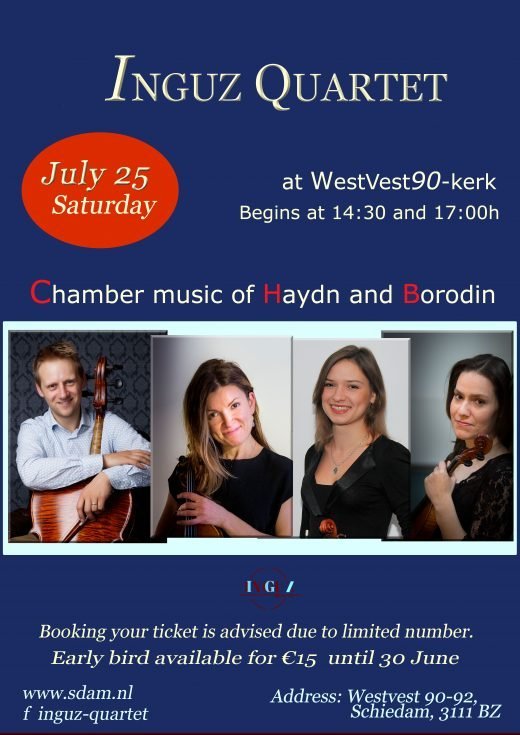 Opus 76 is the final album of six string quartets and the most exquisite and elegant.  The works take a special place in a history and are very much adorable by musicians and listeners. So much admired by public three quartets of this opus were given the "nickname". "Sunrise"